If you have already seen our last teaser, you probably already know Iro.
But we had never showed him in our development blog. So… here he is! 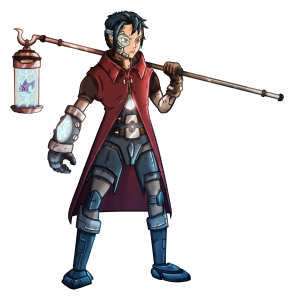 Iro is the main character in Iro Hero’s story. Well, probably you had already guessed that, as the game takes his name.

Wanna know more about him?

Well, if you asked him, he wouldn’t say much. He isn’t very talkative, quite reserved to be honest, but he is brave. Indeed, Iro is just a normal 15 years old guy, living in a dystopic world where his mother is exploited in an energy farm.

But he has a very special ability: He is the only human in the world able to switch his inner energy polarity. And as you are probably figuring out, this will become of importance for the game which, by the way, will be coming to Nintendo Switch and PC during next spring.